Morris Kight: Gay Pride and Resistance:   Let’s Have A Parade!
Posted by Mary Ann Cherry at 8:28 PM No comments: 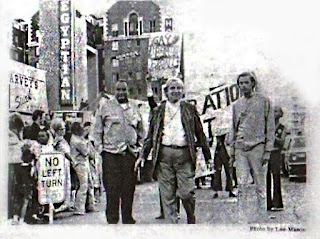 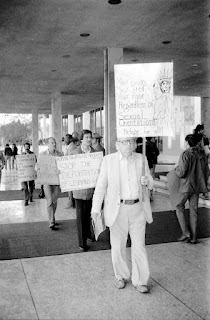 Posted by Mary Ann Cherry at 8:26 PM No comments:

In 1993, Morris Kight spoke with Peter Nardi and David Sanders for their book (written with Judd Marmor) Growing Up Before Stonewall (Routledge, 1994). Here are few snippets, the entire interview is available in their book. Morris talked about the "bad old days," as he called them. He discussed the historical uselessness of psychiatry to homosexuals, he also discussed sex and guilt.

In a rare vulnerable moment, he talks about his own, very brief, experience with guilt.

Posted by Mary Ann Cherry at 8:17 PM No comments: