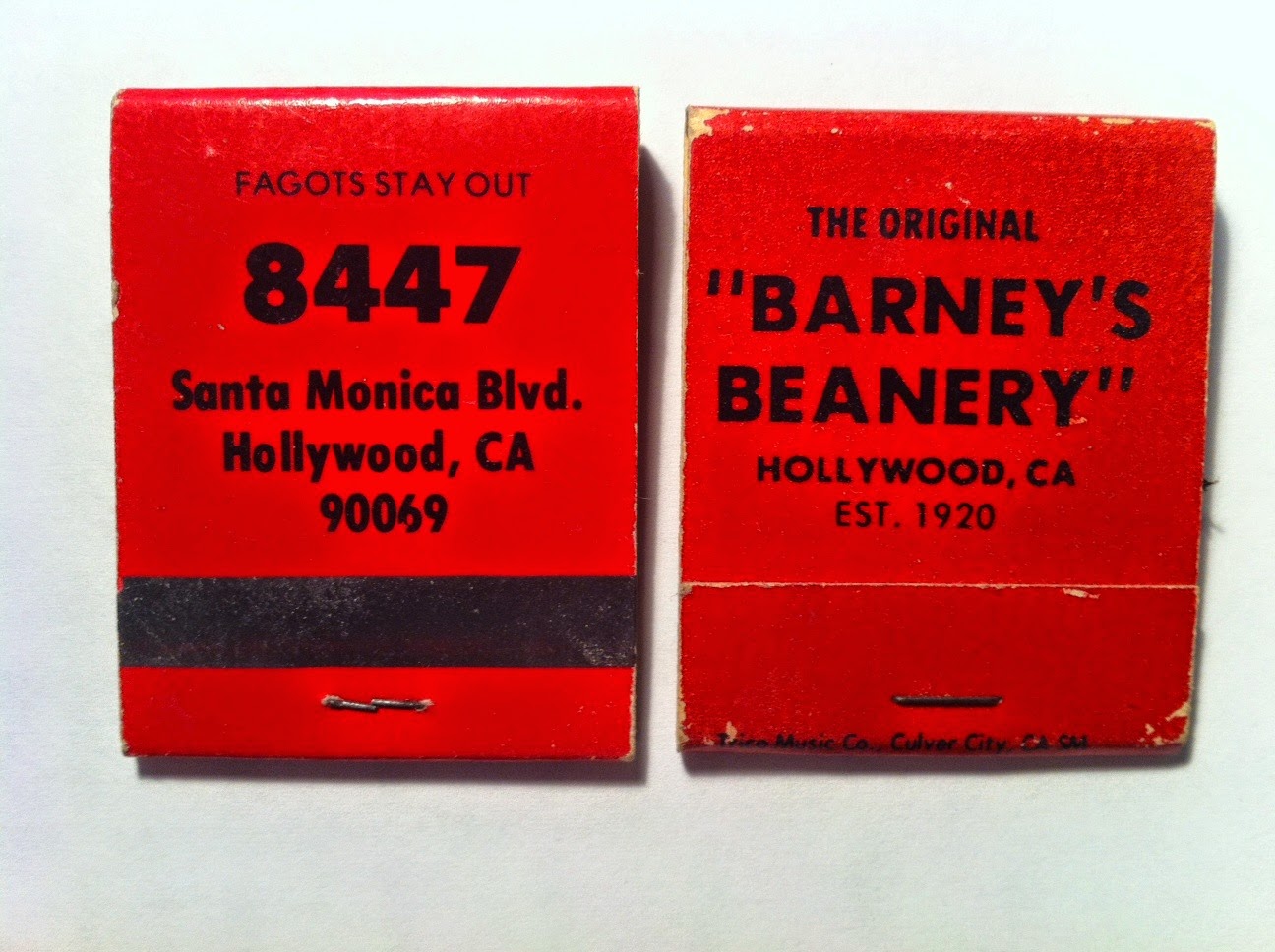 The infamous "Fagots Stay Out" sign that hung in the bar/restaurant Barney's Beanery.

"This sign," Kight said "was a great catalyst for the gay movement. In spring of 1970 we did a change-in [making a nusance by continually asking for change], a sit-it [they sat in the restaurant for hours without ordering anything more than a cup of coffee], boycott and picket. It took all that to persuade [the owner] to surrender us the sign and to never discriminate again in employment or service."

Morris did get the sign and it is now part of the Morris Kight Collection at ONE Archives in Los Angeles.

However, the story does not end there. As infuriated as the new owner of Barney's Beanery was by the non-stop picket and boycott, he liked the attention. The demonstration garnered a lot of media attention (in no small part due to Kight's efforts). The owner did not surrender the sign because of a fit of conscience, he surrendered the sign simply to get rid of the demonstrators. He promptly made new signs and added the sentiment to match books. And that is how it was until the city of West Hollywood became incorporated in 1984 and the first mission of the newly elected mayor was to demand that sign be removed. Today there is an ordinance prohibited such signs.